Payments company Square said Thursday that it made $1.82 billion in bitcoin revenue during the third quarter of 2021 via its Cash App, producing $42 million in gross profit from that activity.

The numbers were included in Thursday’s Q3 earnings release. Square said that total revenue for the period came in at $3.84 billion, and $1.13 billion in gross profits.

“Compared to the second quarter of 2021, bitcoin revenue and gross profit decreased on a quarter-over-quarter basis, driven primarily by relative stability in the price of bitcoin, which affected trading activity compared to prior quarters,” Square said in its letter to investors. 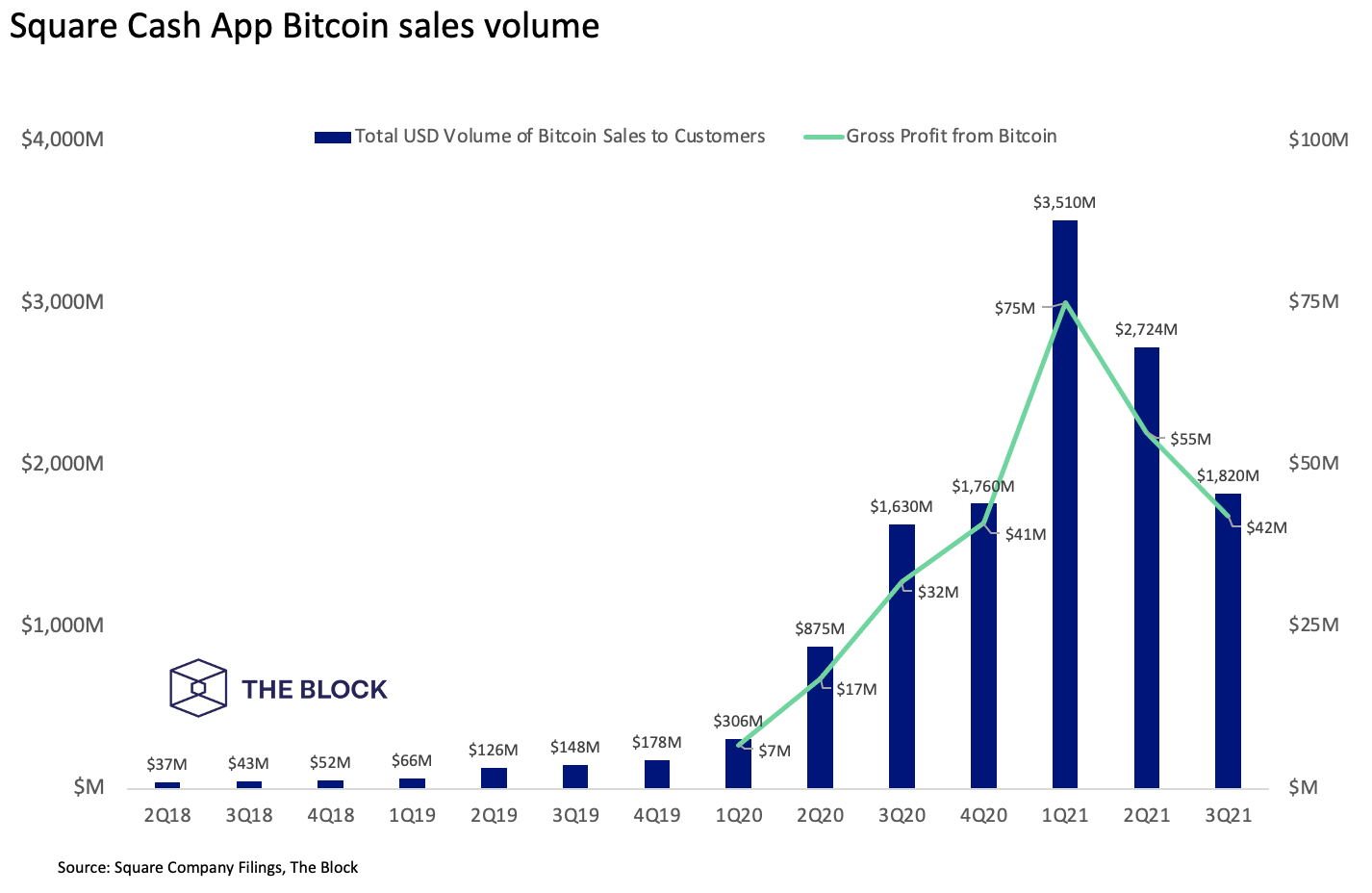 As for Cash App as a whole, Square said: “Cash App delivered strong growth in the third quarter of 2021, generating $2.39 billion of revenue and $512 million of gross profit, which increased 16% and 33% year over year, respectively.”

Square also noted in its letter that the fair value of its past investments in bitcoin was $352 million as of September 30. Square bought $50 million in bitcoin in October 2020 and $170 million worth in February of this year.

“As an indefinite-lived intangible asset, bitcoin is subject to impairment losses if the fair value of bitcoin decreases below the carrying value during the assessed period. In the third quarter, we recognized a bitcoin impairment loss of $6 million on our bitcoin investment,” Square said Thursday. “As of September 30, 2021, the fair value of our investment in bitcoin was $352 million based on observable market prices, which is $203 million greater than the carrying value of the investment.”

As previously reported, Square founder Jack Dorsey continues to expand the company’s bitcoin footprint, including efforts to develop a bitcoin hard wallet as well as an open platform for bitcoin-related financial services.. Last month, Dorsey suggested that Square might get involved in the creation of bitcoin mining hardware as well.

Grayscale Investments has launched a solana trust. The company now has nearly $54 billion in total assets under management. The new trust, which is the company’s 16th crypto investment product, will solely invest in solana (SOL). The CEO of Grayscale said that...