Solana, the layer-1 blockchain competitor to Ethereum, has seen its price surge 47.8% over the last month, according to CoinGecko. Bankman-Fried is one of Solana’s most prominent supporters. Meanwhile, Serum, the Solana-based DEX, has seen its native token Serum increase by nearly 62% over the last seven days, Coin Gecko data shows.

During this episode of The Scoop, we dive deep into the Solana and Serum eco-systems. Sam Bankman-Fried explains why FTX decided to launch a decentralized exchange on Solana versus Ethereum, which supports the vast majority of non-custodial protocols.

“Any products that we tried to build or that even that we tried to scope out — we originally were just definitely going to build on Ethereum because that’s where everything was — product after product got into the same death dial which was 10 transactions a second for the network was just not enough,” Bankman-Fried said.

Solana’s blockchain promises more scalability through a new consensus mechanism known as Proof of History. It appears to be favorable among traders. Serum, which FTX announced in July, has seen its trading volumes top $1 billion last month, as per The Block’s data dashboard. 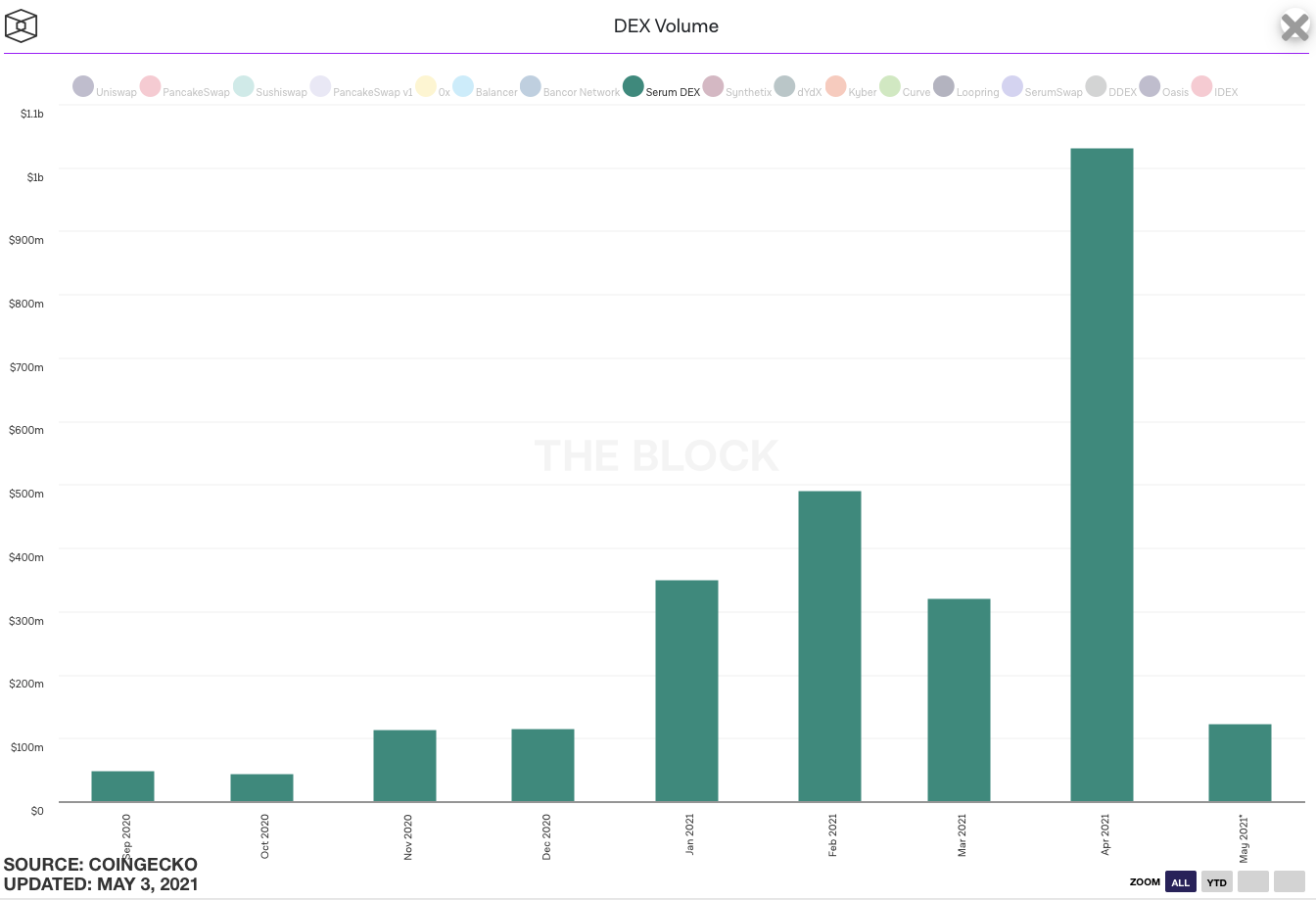 “Solana has gone down in the direction of saying, hey, look we want the performance of blockchain to be an important criteria of it and we care a lot about the efficiency and scaling and economics of it,” he said. “While also wanting there to be a sufficiently big group of nodes. Now, what does sufficiently mean? I don’t know. Different people have different thresholds. Right now, they’re about 600 active nodes on Solana.”