FTX closes $900 million funding round at an $18 billion valuation

Crypto exchange FTX has officially closed its Series B funding round, drawing in $900 million from an array of investors.

Launched in 2019, FTX has grown to become one of the most publicly visible exchange venues, with its headline-catching sponsorship deals with the likes of Major League Baseball and e-sports team TSM, among others.

The fundraise brings names to its cap table from across the crypto investment spectrum. Participants include SoftBank, Sequoia Capital, Paradigm, Lightspeed, Third Point, Alan Howard, Izzy Englander and the Paul Tudor Jones family, among others. In total, 60 investors participated in the FTX raise.

The $900 million fundraise gives FTX a postdeal valuation of $18 billion, according to the firm. It represents the biggest crypto investment round to date, dwarfing Circle’s $440 million deal from earlier this year—which was previously the largest crypto VC deal.

The Block first reported in May that FTX was moving toward the completion of a major funding round of as much as $1 billion.

“In the end I am pretty excited with it,” CEO Sam Bankman-Fried said in an interview with The Block. “It took some time to explain the vision of the company to some of these investors that are not crypto native. But the business model is pretty simple.”

FTX makes money from trading fees from crypto trading. It has also expanded into other areas, including stocks and commodities via derivatives contracts. This month, the firm has clocked in $19.3 billion worth of volumes, according to The Block’s Data Dashboard. 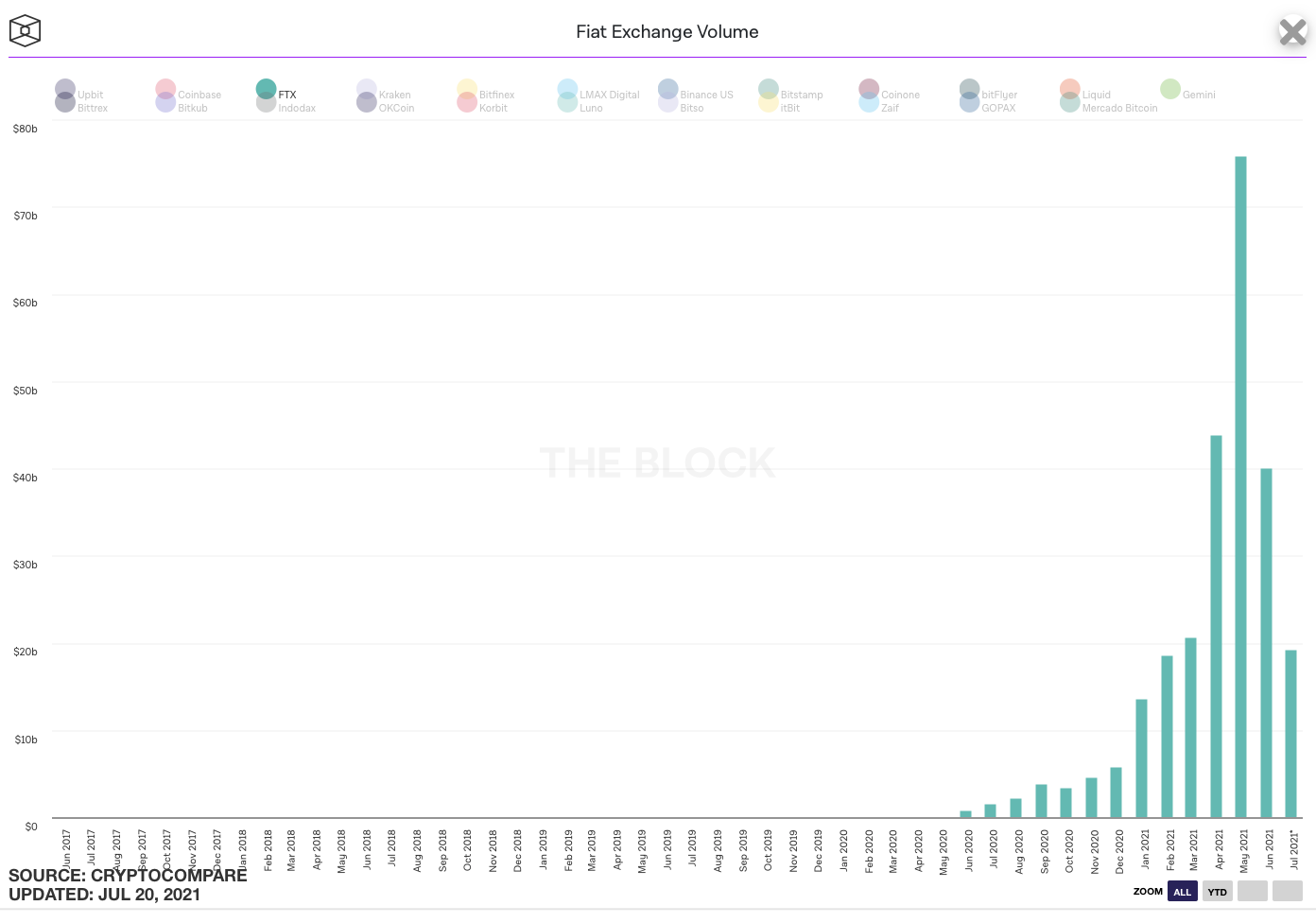 And with the fresh capital in hand, FTX is looking to break into a business line that is common on Wall Street: white-labeling software.

Bankman-Fried, a former Jane Street trader, said that the firm has already been introduced to potential clients. “Whether it is a neo-bank looking to offer crypto trading or a payment portal, everything we have is available via API,” he told The Block.

The fresh capital will also allow the FTX to strengthen its existing endorsement deals. Bankman-Fried said it’s unclear at this point the extent to which those deals are impacting its bottom line, but anecdotally he said that “50% of how people hear about FTX” is from those deals.