Fidenza artist Tyler Hobbs: NFTs are ‘going to play a huge role in the art world’

Generative artist Tyler Hobbs, like many of his peers, is still trying to adjust to his newfound fame.

“This has already been a really big reality shift for me so I’m trying to give myself a little bit of time to adjust to it,” said Hobbs.

His signature project, Fidenza, debuted on the non-fungible token (NFT) platform Art Blocks in June. Generated at random by an algorithm of Hobbs’s design and rich with colorful curves and blocks, 999 of the pieces were minted at a price of 0.17 ether each (around $400 at the time). They now trade on the secondary market OpenSea for as much as 1,000 ether (roughly $3.5 million) each.

A summer surge in the popularity of NFTs has been a boon to the generative art community. According to The Block’s data dashboard, $3.25 billion in NFTs exchanged hands on marketplaces like OpenSea in August — far in excess of the previous monthly high of $315 million in March.

For generative artists, who have toiled at the fringes of the art world for decades, the current state of the market is perhaps their first “mainstream breakthrough,” according to Hobbs. 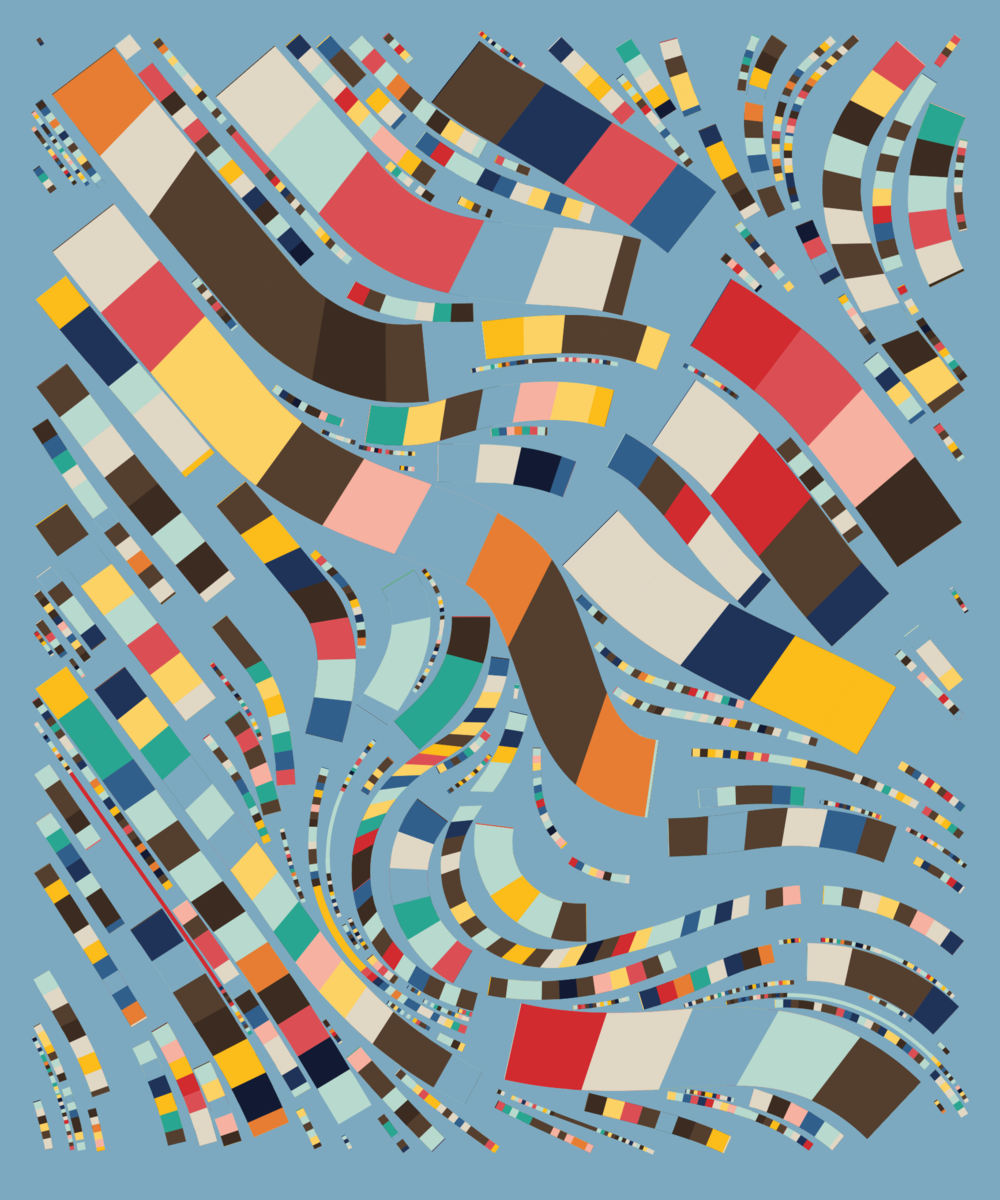 But can the good times last? Some have compared the frenzied nature of speculation in the NFT space to the Initial Coin Offering (ICO) bubble of 2017.

“I would be totally amazed if NFTs went away,”  said Hobbs. “I think they’re here to stay, and I think they’re going to play a huge role in the art world particularly for digital art for the foreseeable future.”

Hobbs added, however, that boom and bust cycles occur in many markets. “I think we’ve certainly seen a lot of booming so it would only be natural to expect some sort of equivalent bust at some point,” he said.

Hobbs’s confidence stems in part from his belief that NFTs have already reached a “critical mass of social acceptance,” he said. “As long as everybody agrees that owning an NFT carries some significance, then it does.”

The Art Blocks model offers some reassurance to collectors in this regard. The platform, which has swept up a significant chunk of the cash flowing into NFTs over the summer, stores the script that is used to generate its artists’ work on the blockchain. This allows owners to verify that the pieces they own originated from the code written by the artist.

“So you’re essentially guaranteed that all that output is from one fully generative program. There was nothing done manually, there was no curation, no hand assembling,” said Hobbs.

On November 2, a non-fungible token (NFT) magazine is coming to the Ethereum blockchain called “The NFT Magazine” — a periodical publication containing articles and illustrations in the form of an NFT. The project, promoted by Advtech IT Solutions, has partnered with...

Reddit seeks ‘engineers and leaders’ for a possible NFT platform

The social discussion site Reddit is looking to hire people for what could become a new platform for non-fungible tokens (NFTs) and digital goods.  According to a post for a Senior Backend Engineer from this week: “We are looking for strong engineers and leaders to...

Fear of the unknown: A tale of the SEC’s crusade against synthetics

DeFi built on blockchain and legacy financial systems is on the verge of clashing in one of the most tumultuous battles in economic history. On the opening day of Messari Mainnet 2021, New York City’s long-awaited first crypto conference since the start of COVID-19,...