Crypto exchange unicorn Coinbase’s S-1 registration statement filing with the U.S. Securities and Exchange Commission — a crucial step toward its bid for a direct stock listing on Nasdaq — is now available to the public.

The S-1 offers an unprecedented look at Coinbase’s business, with the disclosures effectively serving as its pitch to investors. A confidential draft of the document was submitted to the SEC in mid-December and has now been approved by the SEC.

Per the filing, Coinbase reported operating expenses of $868.5 million, up from $579.5 million the year before.

The reveal signifies a landmark moment for Coinbase, the premier crypto exchange in the U.S. that, in the years since its founding in 2012, has amassed millions of users and hundreds of millions of dollars in venture capital from some of Silicon Valley’s biggest names. Coinbase has also secured itself a position between the crypto and institutional investment worlds, having catered to the likes of Tesla and other deep-pocketed buyers by way of its brokerage service.

In the days and weeks leading up to today’s reveal, speculation about Coinbase’s valuation emerged thanks to chatter about its secondary offerings on Nasdaq Private Market. As The Block previously reported, Coinbase’s stock landed at a $100 billion valuation in light of those cleared trades.

The filing notes a who’s-who of Wall Street giants as advisors on the deal, including Goldman Sachs, Citigroup, JPMorgan and Allen & Co.

Coinbase’s S-1 contains numerous details about the growth arc of the firm, including the number of verified users on its platform.

The company said that “[today], our platform enables approximately 43 million retail users, 7,000 institutions, and 115,000 ecosystem partners in over 100 countries to participate in the cryptoeconomy.” 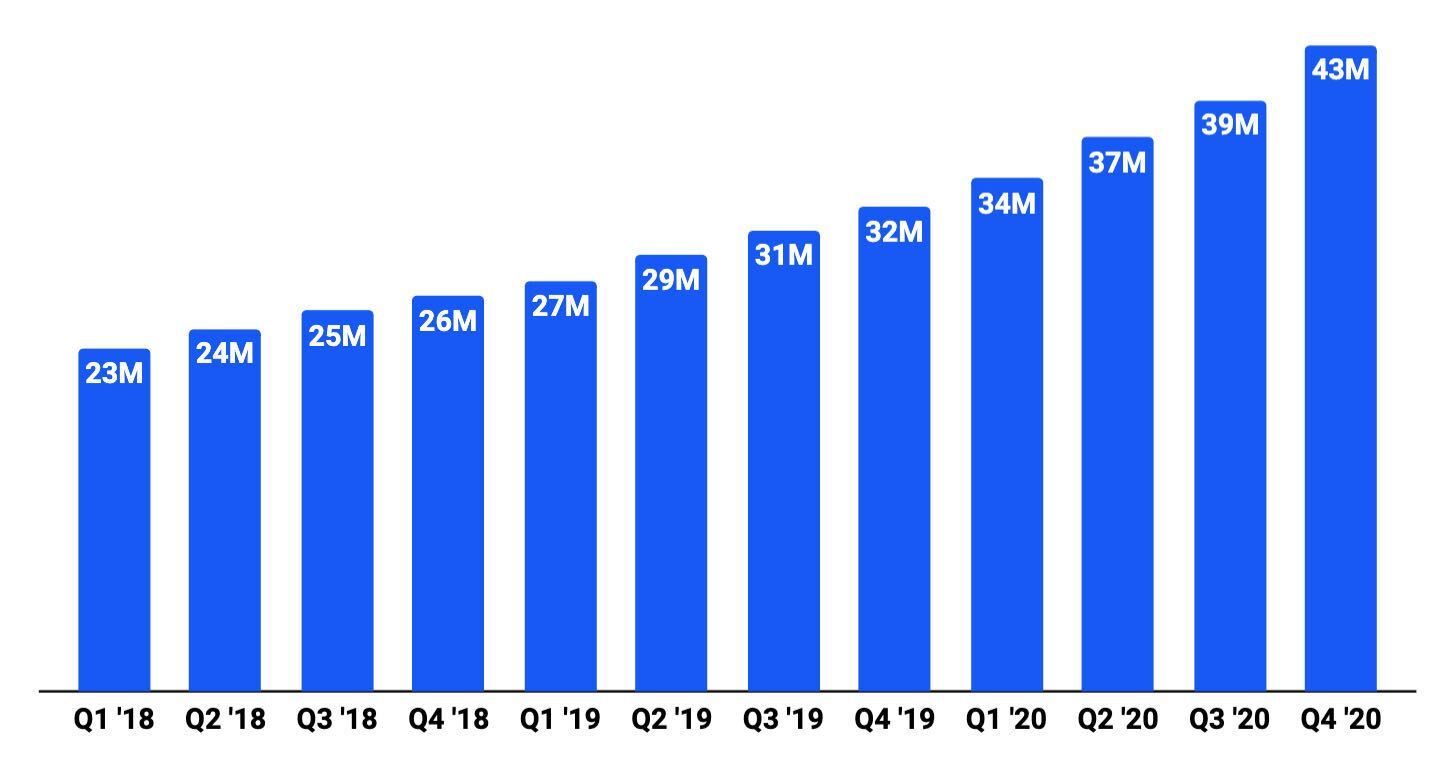 Coinbase further noted that it had 2.8 million “transacting customers” on its platform as of the end of 2020, compared to 1 million such customers at the end of the past year.

This story is developing and will be updated with additional information.

The Chinese police in the city of Yancheng in Jiangsu province have arrested a group of developers behind a decentralized gambling app on the EOS network. The Jiangsu police, the same division that busted the PlusToken Ponzi scheme last year, announced on Thursday...

US President Joe Biden's White House issued an executive order on Wednesday morning declaring a national emergency and expanding sanctions in response to Russian cyberattacks. The order issues wide-bore priorities for the Treasury to bar transactions in the US by...