Bitcoin’s price rose above $40,000 on Monday, representing the first time the market has moved above that level since mid-June.

The market move comes hours after bitcoin’s push above $39,000 triggered the liquidation of some $883 million in crypto short positions, as The Block reported this morning. 81% of those liquidations were in connection with bitcoin short positions, with $720 million liquidated. 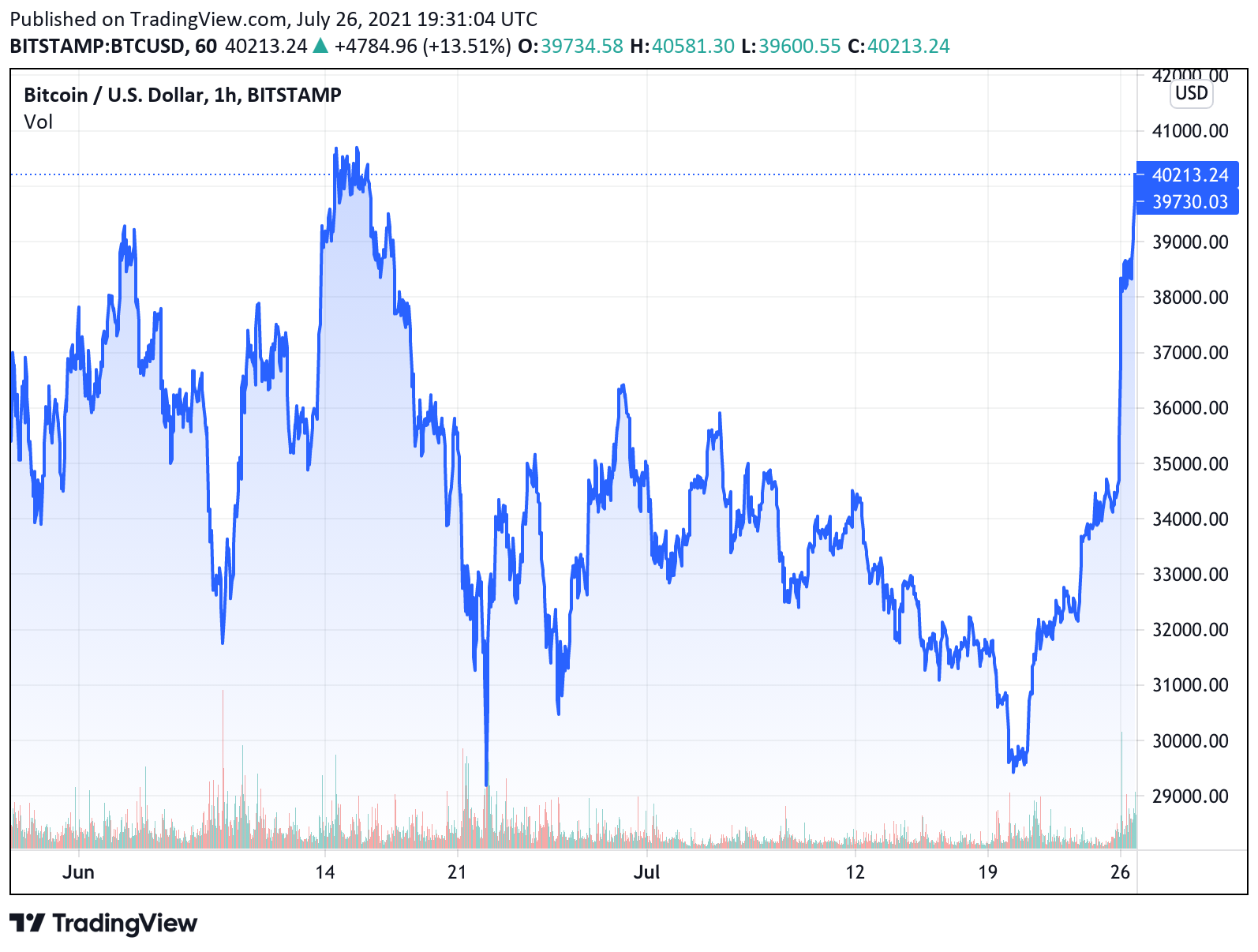 Market observers attributed the price move to a range of possible factors, including speculation about Amazon’s interest in cryptocurrency and the continued scrutiny of the market by Chinese authorities.

“The actions of the Chinese government certainly resulted in some selling,” GSR’s Rich Rosenblum told The Block. “But as time passes, so does that selling, and then it allows the market to mean revert back up.”

Layer-two's surge to new heights, Bitcoin and DeFi EFT applications and Sushi's mistaken bug — all coming to you this week in Finance Redefined. Welcome to the latest edition of Cointelegraph’s decentralized finance, or DeFi, newsletter.In a week where DeFi’s...

At-home GPU crypto mining is surging in China — for now

Quick Take The Block recently looked into the sales and retailer reviews for customized GPU mining cases sold by merchants on the e-commerce platform Taobao. It appears a growing number of Chinese users are buying the idea of mining at home with GPUs in recent months...

Behemoth cryptocurrency exchange Binance has been cagey about where it's located. Its biggest competitor has no such issues. FTX, the second-most-popular crypto trading platform, has officially moved its headquarters from Hong Kong to the Bahamas, according to its...